Isabel Cruellas creates fragile sculptures of metal plants. Each detail is the result of an intensive work process, fraught with physical labor. Her sculptures testify to the transformation of matter: from hard metal to a surprisingly delicate outcome. Iris Erez is a dancer and choreographer. Her work is characterized by a laborious exploration of emotional inner worlds, brought forth into physical expression.

Solo Colores stemmed from the desire to initiate a dialogue between the two female artists and to converge the two disciplines into one platform. The work examines the inner strength and emotional resources that an artist needs in order to create. It underlines the intensity that takes place prior to a work’s completion as well as an artist's need to publicly expose her work.

The performance is set on a white, colorless stage that introduces Cruellas’ metal plants. A human figure (Erez) tries to relive past experiences, as if seeking to share her inner world with the audience.

The sculptures of Isabel Cruellas, - stylistic, waved grasses in a raw, give the space the wideness of a coastal or a deserted landscape. The woman appears like abandoned, not fitting in, making herself small on the floor. Buckling, shrinking, lashing out, touching herself like a foreign person at her head, neck, leg or sliding down on the other arm. Her neck is firm. A leg. A pressure on the breastbone. Or invisible light bulbs screwing into the heaven. She repeats phrases like nightmares. Works through something by creeping, running or on her knees. Inside and outside simultaneously, or actually inseparable, and gets sometimes calm, as would she sink inside herself, as would she be falling invisibly. Strong piece.

"Solo Colores" is a minimalist, intimate solo work, which reveals the wondrous abilities of the body.

About a year ago, during a trip to Spain choreographer Arkadi Zaides and dramaturge Itay Weiser came upon an intriguing sight. They saw a person hammering away at hunks of iron with a giant hammer, and only after the protective helmet was removed did they discover that she was a woman. This chance encounter between Weiser, Zaides, and the Spanish sculptor Isabel Cruellas led to the conception of the work "Solo Colores". Solo Colores combines a variety of art forms. On stage there are two sculptures resembling water plants, created by Cruellas. The sculptures are so delicate and fragile; it is hard to believe they “grew” from hard iron. During the entire work, dancer Iris Erez's feet shake the leaves.

Two additional woman collaborated in this work: the designer Sarah Brown, who created a simple cream-colored costume that underscores Erez's strong presence, and the musician Karni Postel, who wrote the music which is composed of an element that returns and interrupts the silences. Each of these talented creators contributes her own unique color, creating an amazingly harmonious result.

Solo Colores – The Art of the Solo

In this work, Arkadi Zaides reveals himself as an original artist; a conceptual thinker who uses movement and the body to express man's existential philosophy. This process began in the early stages of his exit into the world of choreography, when he examined his ideas with his body. He did it recently with the ensemble "Meeting Brian Wash", and this time he's doing it in a solo for a dancer, who responds and participates in his study and the dramatic layout he creates with Itay Weiser. In terms of the local dance scene, this is a big and welcome step into the center. 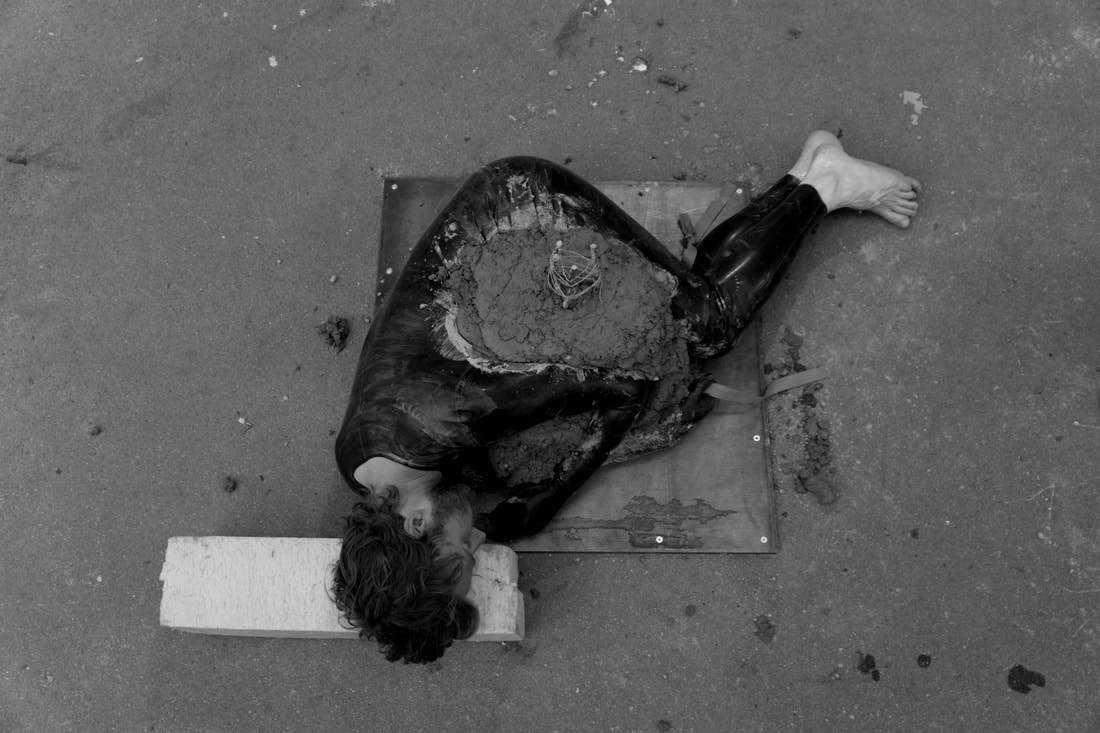